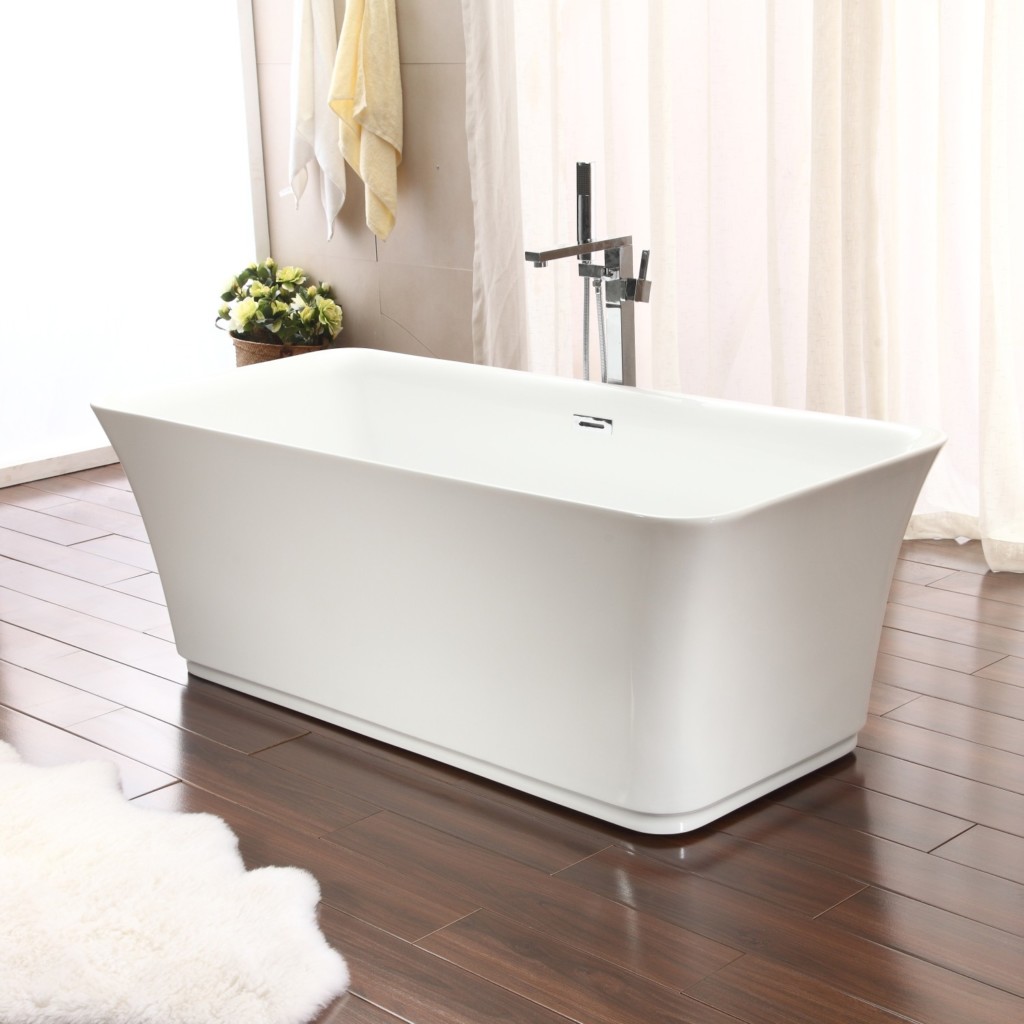 It’s long been believed that every home needs at least one bathtub to attract the widest group of buyers. But with increased interest in big, well equipped, walk-in showers, does a tub really matter that much?

Bathrooms reflect trends as much as any room in a house does. Back in the 1980s and ’90s, whirlpool tubs with multiple water jets were all the rage. They fell out of favor as many homeowners found they just didn’t use them as much as they expected to. Other users were frustrated by the time deeper tubs took to fill. Some tubs even posed health concerns due to piping that was tough to keep clean.

The basic rectangular tub returned, although it was soon eclipsed by the oversized, deluxe shower, big enough for two and with multiple controls and rainfall heads offering a personalized experience.

So where does this leave the bathtub? Many buyers still think they need one. But is this must-have really more akin to the desire for a separate dining room, in an era where families congregate, cook, and eat in their kitchens every day?

For the aging boomer population, the walk-in tub market continues to expand with more manufacturers offering new designs to serve their needs. The big challenge for this style is to remove the stigma of being a geriatric product, says Joe Pilato, vice president of sales and marketing for Hydro Dimensions, which helped to start the walk-in tub niche back in 2000. They offer 15 different models—most with built-in seats, easy-to-open doors, and a low threshold at the bottom—along with custom designs. “Buyers should make quality a high priority since they vary greatly from company to company,” Pilato says. He estimates fully installed designs range from $6,000 to $14,000 and says those who plan to age in place should also ensure they have a wide enough doorway to enter the bathroom using a wheelchair or walker. For real estate pros showing a listing with such a tub to younger buyers, Pilato suggests marketing it as a step-in spa.

Home appraiser Jonathan J. Miller, president of New York–based Miller Samuel, which tracks trends in 30 housing markets throughout the country, considers at least one bathtub a must. “The tub falls into the category of another commodity in a house. Sellers who have the most commodities—or amenities—win because their houses appeal to the widest audience and you’re always trying to expand the buyer pie,” he says.

Los Angeles interior designer Erica Islas of EMI Interior Designs agrees, and says her clients want at least one tub or a tub-shower combination. “Some even add a bathtub before selling to improve the odds of resale,” she says. Kristie Barnett, a designer who founded The Decorologist and is a professional stager in Nashville, Tenn., is even more adamant about a tub’s importance. “There absolutely has to be at least one bathtub in any condo or home. When you sell, you’re also selling a lifestyle and having no tub will hinder a sale to most buyers,” she says.

Research backs up the anecdotal evidence. Third-party market research firm Vital Findings, based in Culver City, Calif., found in a study commissioned by Jacuzzi Luxury Bath that 38 percent of U.S. residents bathe weekly and half of them are men.

The need for at least one tub is most common among two specific homeowner groups. The first is young families with small children, since many parents consider a traditional tub safer than a shower, says Stephanie Mallios, a sales rep with Coldwell Banker Residential Brokerage in Short Hills, N.J. The second group is luxury home owners whose houses usually have multiple bathrooms.

If your clients decide to take the plunge and add a tub to boost resale, they may look to you for advice. There’s a wide variety of tubs in nearly every size, shape, material, and price. For a reasonable sum, homeowners can install a basic built-in acrylic model measuring 60 inches long, 30 to 32 inches wide, and 12 to 15 inches high that will average $650, says Atlanta-based designer Eric Rothman of Rothman & Rothman Design. A standard drain, faucet, and lever will add another $400, Rothman says. If the new tub needs to double as a shower, adding a frameless, standard glass shower door surrounded in chrome will increase the cost by about $450. Custom sizes can run as much as $2,000 or more, he adds.

Installation costs will also vary depending on what’s already in the bathroom. Rothman suggests examining how much tile and other materials need to be removed, the existing plumbing conditions, and how many holes need to be drilled for faucets and levers to get an idea of the breadth of the project. But in general, he pegs a ballpark figure of $650 for installation as a good place to start. The good news is that most tubs can last 15 years with proper care, says Jennifer Sommers, a sales rep with Nestler Poletto Sotheby’s International Realty in Boca Raton, Fla.

The luxury home market—much thanks to high expectations of master bathrooms inspired by hotels and resorts—is obviously pricier. Plumbing manufacturers have been trying to rev up interest in the high-end niche by introducing hip, sculptural variations on Victorian-era claw-foot tubs, which are designed to suggest long, leisurely soaks. Far sleeker than their predecessors, these new models vary in shape—from rectangular to oval, egg, and slipper. Most sit directly on the floor rather than atop feet, and are fabricated from more modern materials than the traditional porcelain, including acrylic, resin-stone composites, concrete, stainless steel, and even copper, which retains heat well. White remains the preferred color, though black is making inroads. However, they come with a steeper price—more than double traditional built-in rectangular tubs, averaging between $1,750 and $6,000, according to Jenn Winters of N&S Supply, a bathroom supply showroom based in New York. Some made from volcanic limestone and marble retail for upwards of $12,000.

To maximize their dramatic effect, these freestanding tubs are usually placed in the middle of a room, at one end, or in front of a window if there’s a view. In a condo that Jessica Lagrange Interiors restored in Chicago’s Playboy Mansion, the firm used a majestic polished nickel tub to pay homage to the home’s period architecture and reflect the enchanting pattern on the tiled floor. If the tub material is extra heavy, homeowners should check that their floor can support the weight, says Los Angeles designer Christopher Grubb of Arch Interiors.

Beyond their glamorous look, buyers of these tubs should know of some potential caveats. They can be tough for aging boomers and young children to climb into and out of; many don’t come with a bar to grip, though sometimes that can be added. Jacuzzi Luxury Bath in Chino Hills, Calif., manufactures a number of freestanding tubs with a wide, easy-to-grip deck providing users additional stability to make entry into the tub easier, says the company’s marketing director, Kristina Spindler. Another issue is that this style’s sleekness usually doesn’t have a large enough rim to set bathing supplies, though portable trays can sometimes be laid across the width or hung over the side. But Barnett predicts a larger issue is that these tubs may simply go out of style before too long, effectively dating your listings in the future. “They will look current for the next decade; then something else will likely take their place,” she says.

And the cost to remove these tubs—or any tub—can be more than installing one if a lot of tile and floor repair needs to be done, Rothman says. In the worst-case scenario, this style could even derail a sale. Real estate salesperson Jennifer Ames Lazarre of Coldwell Banker Residential Brokerage in Chicago says one of her buyer clients decided against purchasing a $4 million home when the developer refused to remove the tub, which was too small to suit the client’s tall frame. He decided to look for another home with a bigger tub.

Of course, homes without bathtubs are not impossible to sell. Some bathrooms are just too small, and the shower wins out as the better option. Grubb has seen this case often when clients with small condominiums sacrifice a tub for a shower. Red Seal Homes, based in the Chicago suburb of Northbrook, is designing its newest communities with some plans that no longer include a tub because so few buyers want one. “If they do, we’ll add it in a secondary or guest bathroom,” says owner Brian Hoffman.

Designer Susan Brunstrum, owner of Sweet Peas Design in Chicago, has done without a tub both in her former three-bathroom suburban home where she raised two children and now in her two-bathroom Chicago condo. “I knew none of us would use a tub,” she says. She also always advises clients to focus on if the cost per use of anything they add to a home, to ensure it makes economic sense. “My advice in such cases is to emphasize the shower,” she says. “I sold my house without a tub and don’t think it hurt the value, probably because we had very nice showers.” Others suggest offering a credit toward bathtub purchase and installation if its absence proves a real sticking point.

This site uses Akismet to reduce spam. Learn how your comment data is processed. 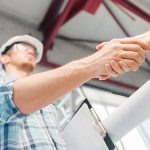 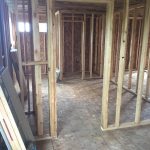 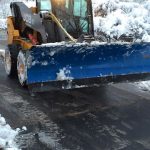 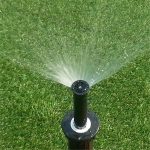 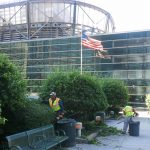 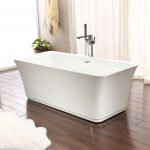 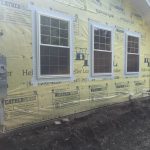